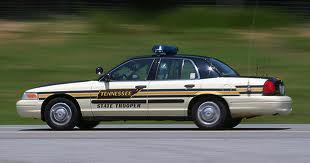 In a curious development over the recent Labor Day weekend, Tennessee Highway Patrol officers working in 10 counties implemented a new procedure meant to keep drunk drivers off the roads. The new approach means that drivers will not be permitted to refuse a blood test if pulled over and suspected of impaired driving. This “no refusal” policy has sparked some concern among residents in Tennessee and raises a lot of questions about what the new approach will mean for drivers across the state.

The THP has referred to the no refusal Labor Day effort as a pilot program. The campaign was based on a law that passed the legislature in 2012 that was implemented on July 1st of last year. The law says that drivers will no longer have the right to decline to submit to a chemical test to determine their intoxication. Such a refusal used to be permitted and was then followed with an automatic driver’s license suspension based on Tennessee’s implied consent law. Now, officers will be able to force drivers to undergo a blood test by obtaining a search warrant.

Over the busy Labor Day weekend, THP said that if a driver refused to submit to a chemical test, the arresting police officer would then use their best judgment to decide if the driver was likely impaired. If so, then the officer would fill out a search warrant request after taking the driver to jail. Judges across the 10 participating counties agreed to stay on call over the weekend and made sure to process warrant requests quickly enough to allow for timely blood tests.

Backers of the new law claim that this no refusal approach will work to keep impaired drivers off the roads, something that should save innocent lives. Despite this noble goal, detractors have pointed out the approach creates the chance that biased officers will request warrants to conduct blood tests on drivers without sufficient evidence of impairment. The worry is that some officers might not have sufficient evidence to lead them to believe that a crime has been committed before seeking a warrant justifying such an invasive search.

Given how new the tactic is to Tennessee there is no evidence yet regarding its effectiveness. However, some counties in Texas have permanently implemented a similar no refusal approach to drunk driving stops. Though the data remains spotty, early reports indicate that the number of drunk driving car accidents has actually increased in the no refusal counties since the policy began being enforced. Whether a similar lack of success will be found in the participating Tennessee counties remains to be seen.

Federal Cases
State Cases
We use cookies to ensure that we give you the best experience on our website. If you continue to use this site we will assume that you are happy with it.AcceptPrivacy Policy